All Collections
General FAQs / Start Here [V3 / V2]
Working with V3
V3: Why are my people not appearing in my groups?

V3: Why are my people not appearing in my groups?

In PastorsLine V2, contacts were sometimes greyed out. Now people just do not appear. Here's more about why.

Written by Anne Heath
Updated over a week ago

In PastorsLine V2, people were sometimes greyed out. Now (PastorsLine V3), the people seem to "disappear".

Reasons that could have happened and what you can do to reverse it:

Did you ever notice a [# hidden] in the People tab of a group (turquoise box in image below)?

You can click on the 'hidden' to get more information about the people who are no longer in a group. Here is an article about that.

Did we help you solve your issue?

If not, please contact us via our website chat (quickest response time) or email: [email protected]. True, the first stage of our website chat is automated but you know you always have the option to talk to a real person.

Here is an article with more about archive and delete.

Sometimes, we don't want a person to be able to contact us. So, we block them. This also prevents us from contacting them. Let's see what happens.

We confirm our block.

So our blocked Lisa1 is not in our People list.

If you look at the People tab in a specific group, you will be able to see which people are blocked. In the Details column (gold box in image below), you will see the Blocked icon (circle with line through it, light blue arrow in image below). 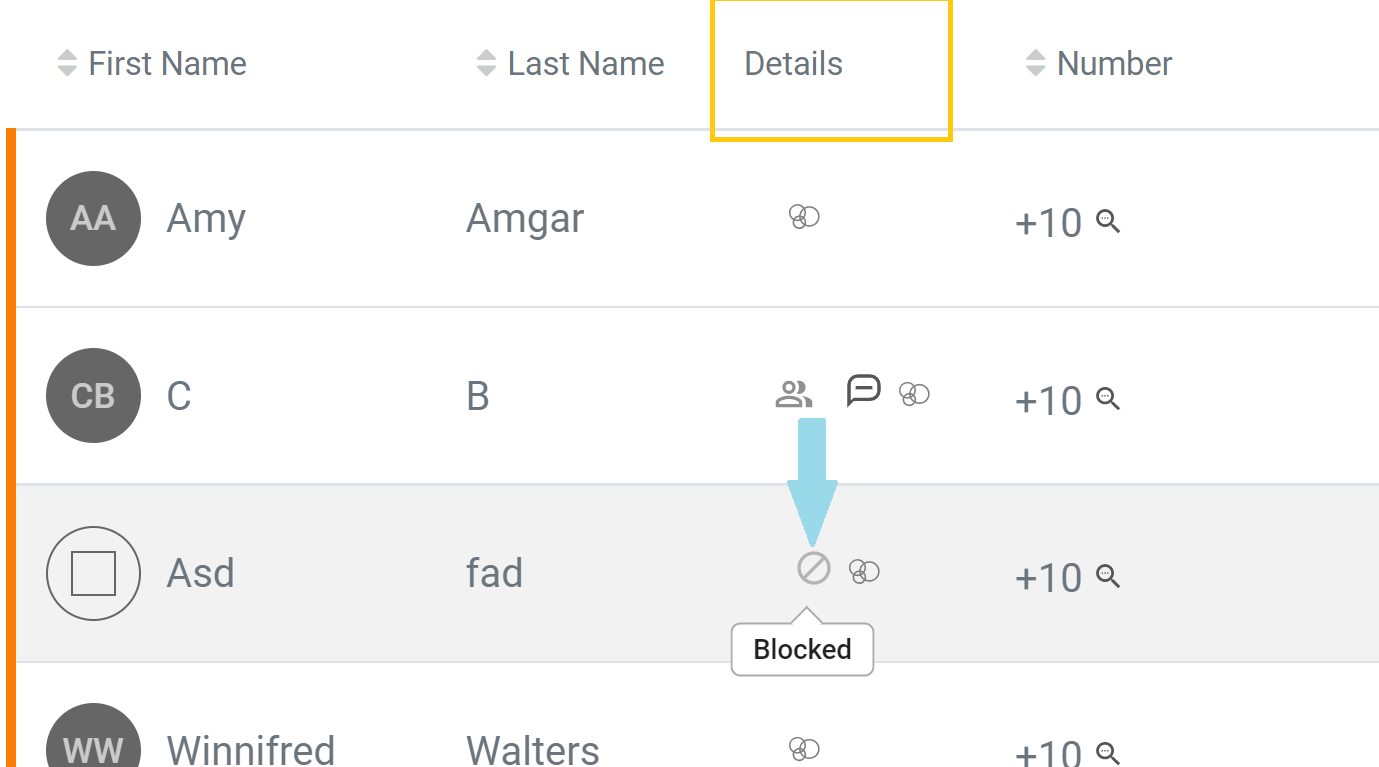 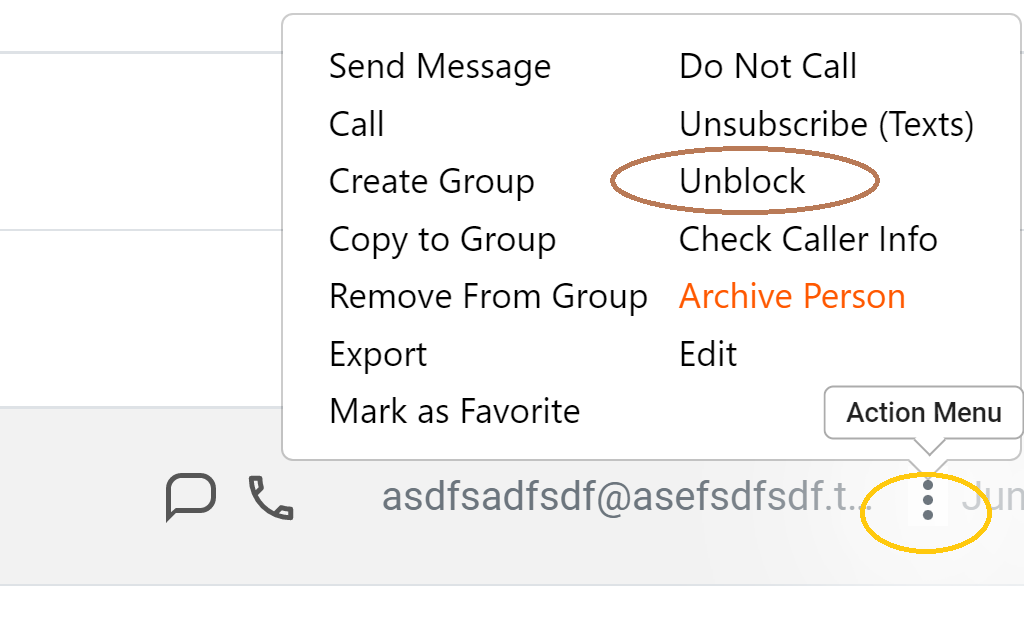 Confirm you action by click the purple Yes, unblock button (gold arrow in image below). The contact would be automatically re-added to the group.

Removing someone from a group has different outcomes depending on whether that group is Internal (just a PastorsLine group) or external (linked to an Integration).

EXTERNAL GROUP (CONNECTED TO AN INTEGRATION)

The confirm message says: "Are you sure you want to remove Lisa1 Testing from the group? This contact will be removed from only this group in Pastorsline. Since this contact is from an Integrated external app, it will be appearing on the list. They won’t receive any message or calls from this group."

In other words, Lisa1 Testing will be moved to 'hidden'.

Sometimes people don't want to receive texts for a while. So, we unsubscribe them. However, they can still contact us.

UNSUBSCRIBING A PERSON DOES NOT REMOVE THEM FROM YOUR GROUPS.

We confirm our unsubscribe.

Yes, as a search shows: 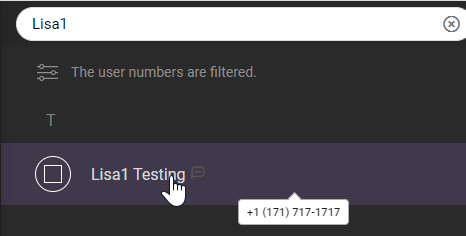 Lisa1 is still in the a Google Voice group as before. However, we can see that she is unsubscribed.

First, look at the turquoise box in the image below. If the option is to Subscribe her, it means that she has been unsubscribed.

Did this answer your question?